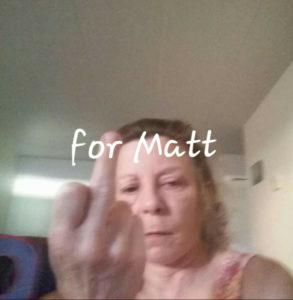 This blog was published in August, 2012.

I have been in a social coma for over 2 years, trying to make myself a better man. Trying to overcome some obvious deficiencies. It just sucks that as I stop doing toxic and self destructive behaviors, the person that I was doing this for leaves me. No one said life wasn’t going to have its ironies. I used to be combative, especially online. I liked a good debate and loved trying to prove I was right all the time. This would cause a great deal of strife and a lot of Internet squabbled became real world issues. I’m the only completely unfamous (sic) poor person I’ve heard of who has had several stalkers.

First step in my self-help was to stop fighting online. I allowed myself one singular indulgence  per year, as I am not perfect and I need to vent a little at something I see going awry due to stupidity. I view it as my “semi-annual the stalker gets my attention“. I indulge my worst enemies and feeble attempts at wit because the people that arouse this in me tend to be the intellectual equivalents to Lenny in Of Mice and Men. 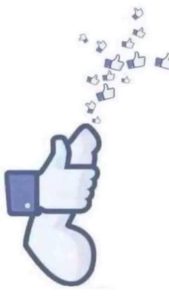 I have gotten better. The problem becomes that life was less interesting. I avoided people to avoid my tendency to be an ass and try to control my worst instincts. This doesn’t make for an exciting story when asked “How was your day?”  As much as my significant other hated what I did and the reactions it got, somehow it was also the adrenaline of having stories to tell or perhaps it was the pet project of her trying to “fix” someone else. Once fixed, I guess I am not interesting enough anymore. Who knows? Maybe she does, maybe she doesn’t.

Maybe it’s just boredom. I want to cure my boredom without wreaking havoc on others. It’s not nearly as easy as it sounds, at least not for me. Anyone who actually knows me, as in in the real world and not just from the Internet, they would know that anytime I caused anyone else pain with my actions, intentional or otherwise, I would beat myself up. Either my obsessive side would try to figure out how I hurt their feelings or I would just feel so guilty because I inadvertently stepped on someone else’s toes.

At the moment, I’m just trying to figure out what the hell just happened to me by someone else. It’s amazing how little creative work I can get done while picking up the pieces of a shattered relationship.

I am not and have never been an Internet Bully

in that I do not seek these imbeciles, but in fact lower myself and get involved with the morons who write to me. Once a year, I will indulge in responding – trying to apply logic to people who have neither the inclination or capability to comprehend common sense, reason, or sanity. Still, these assholes deserve it and I let them have what they deserve.

Especially the fat, ugly ones that seem to not know when they are wrong. They get it the worst.