Welcome to a new CINESTUDY interactive project. For this one, we need you to not only edit our footage, but to shoot the other half of the scene!

We have a screenplay and all the footage for one half of the short film. Now you will have to shoot the other half. You can use your phone, a DSLR, a cinema camera or whatever you have available to you.

You will need an ACTOR, a CAMERA, AUDIO RECORDING, and a LOCATION to shoot at.

Then you can edit the whole film together!

Don’t have editing software yet? No problem!

All we ask is that you use the complete credits either in your movie or in the description online. And don’t for get to use our Hashtags #Sonnyboo and #Cinestudy and you can upload your version of the short film.

During this COVID-19 crisis, the creators of Cinestudy have been affected financially. Please consider a donation to support the artists and educators that are giving these free filmmaking projects to the public. Any amount can help! Thank you.

SAMANTHA talks on her phone to HEATHER.

SAMANTHA
How can you do this to me? You knew
how much I liked Steve!

INT. / EXT. WHEREVER YOU WANT – DAY
You get to decide where Heather’s scene takes place.

Heather is the more confident of the two friends and she has stolen
Samantha’s crush for herself. Heather feels bad for doing
this too.

HEATHER
But you never talked to him. Steve
asked me out.

That doesn’t mean you have to say
yes.

HEATHER
Since you didn’t ever talk to him
and he asked me out, that ended
your social contract. I’m in the
clear, right?

SAMANTHA
Social contract? What social
contract? Did you even think about
my feelings when you went out?

You’ve gone out more than once? Can
you believe she did this to me?

HEATHER
Look. I like him, okay? Steve’s not
really your type.

SAMANTHA
How would I know? You swooped in
and took him before I even had a
chance. You are such a Pretentious.
Evil. Skanky. Unreliable. Selfish.
No good. Backstabbing.
(MORE)
Supercilious (it means you’re
condescending, which you are too).
Haughty. Presumptuous. And, you’re
a bitch. (alternate, “And, you look
fat in jeans”).

HEATHER
Steve has a friend. He’s a lawyer.

SAMANTHA
His friend is a lawyer? He asked
about me? What does he look like?
What kind of shoes did he have?
Don’t tell him about that time I
drank too much and made out with
the bartender after Shirley’s
bachelorette party, okay? Oh, did
you tell him that I make the best
brownies?

Heather rolls her eyes and holds the phone away from her
head.

a CINESTUDY project – editing scenes into a sequence 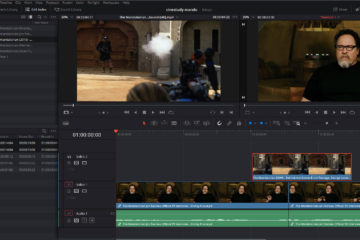 https://cinestudy.org/2020/05/02/edit-challenge-documentary-format/   CINESTUDY (formerly Framelines) presents an Interactive Project and EDIT CHALLENGE! Anyone can download the raw footage and edit a mini-documentary! For this Cinestudy project, we’re going to use the DOCUMENTARY FORMAT to edit Read more… 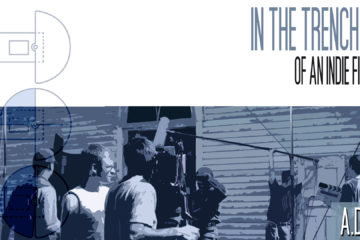